I. What is this “Redemption”?

The redeemed are set free from the guilt and power of sin now/and to be finally set from the presence of sin when Christ returns. It is the forgiveness of our trespasses.

“For 35 years Speer had accepted complete responsibility for his crime. His writings were filled with contrition and warnings to others to avoid his moral sin. He desperately sought expiation. All to no avail… The ABC interview was Speer’s last public statement; he died shortly after.” – Charles Colson speaking about Albert Speer

II. How do we have Redemption?

“Without the shedding of blood there is no forgiveness of sins.” – Hebrews 9:22

“It is impossible for the blood of bulls and goats to take away sins.” – Hebrews 10:4

“We have been sanctified through the offering of the body of Jesus Christ once for all.” - Hebrews 10:10

“The death of Christ gives us the best discovery of ourselves, in what condition we were, in that nothing could help us but that.” – John Bunyan

According to the riches of His grace

Not “from the riches of His grace”, but “according to”. He lavished upon us

God’s grace is an oversized grace.

“Riches, lavished’ are words meant to give us large views of divine grace.” – John Calvin

“Where sin increased, grace abounded all the more” – Romans 5:20

In Him “He delivered us from the domain of darkness, and transferred us to the kingdom of His beloved Son” – Colossians 1:13

Jesus is the location in which there is redemption.

III. What do you do with your shame & guilt? 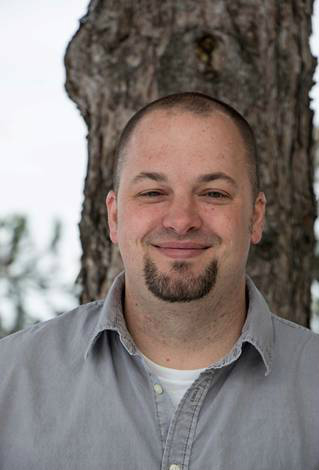 God saved Keith at the age of 16 and led him to be joined to a local church body. Five years later, in 2001, God sent the college & career ministry, which Keith was a part of, to plant a church in Tempe, AZ. It was through serving together on the church plant that Keith fell in love with Carrie. God led Keith & Carrie to be married in June 2003. Keith & Carrie have three wonderful sons.

Other Sermons by Keith Daukas